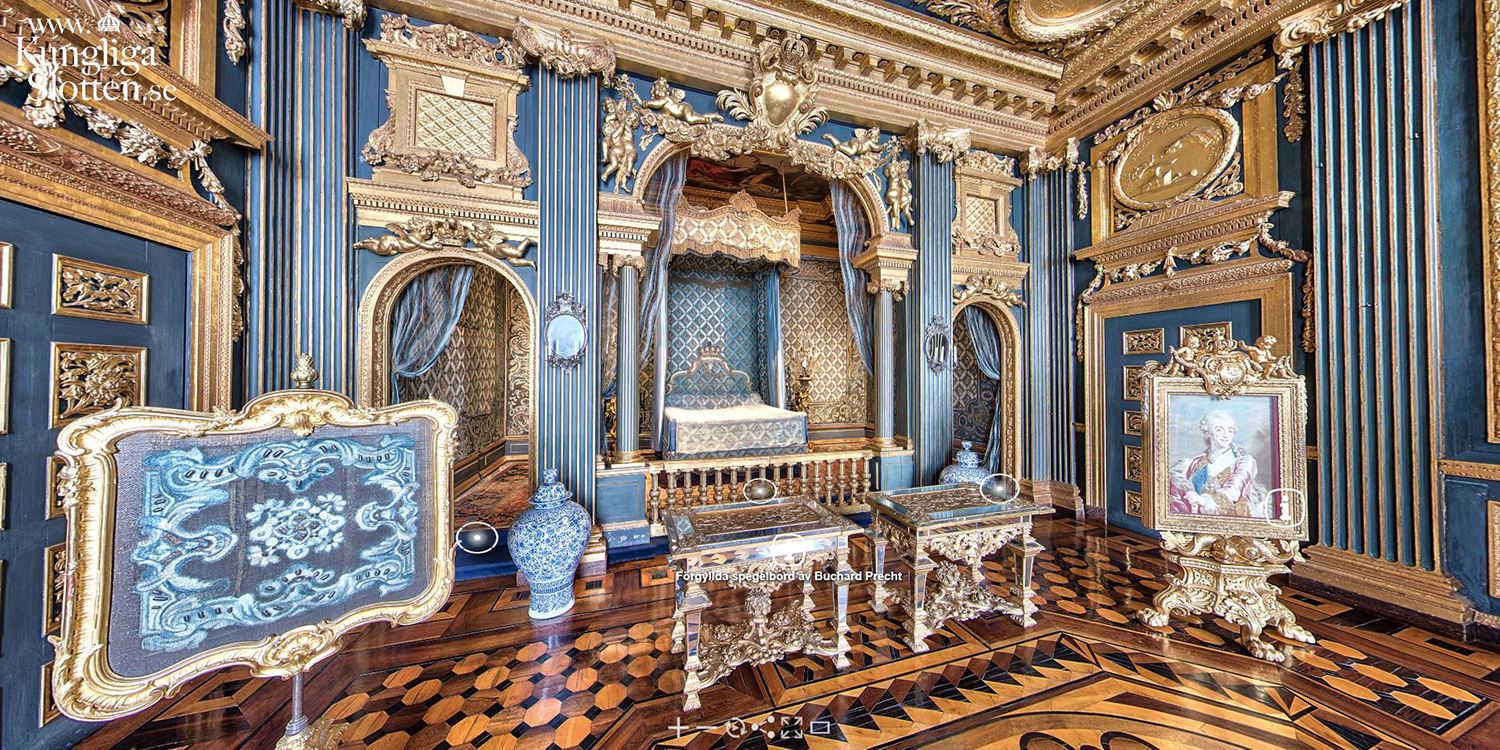 The State Bedchamber in 360°

Hedvig Eleonora’s State Bedchamber is one of of Drottningholms Palace's highlights. Experience one of Sweden’s grandest Baroque rooms in 360°.

Influenced by French prototype, the palace was built by architect Nicodemus Tessin the Elder by commission of Queen Hedvig Eleonora.

The splendour of the royal palaces became a way to confirm the power of the monarch. One room that exudes power throughout is Hedvig Eleonora’s State Bedchamber. The entire room is full of symbols of royal power, but there is also a more personal message.

The State Bedchamber can be visited during the palace's regular opening hours, but also with this 360° tour. Click on the image above to start the tour. 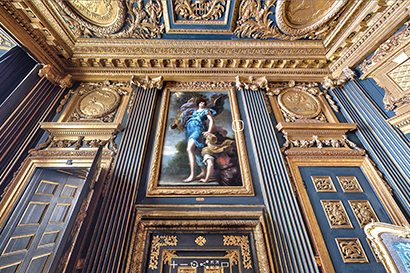 Look up! Discover the paintings by Ehrenstrahl in the virtual tour. The Queen commissioned her skilled court painter to depict the history of her marriage and to convey her fear that her son would not survive. In one painting, the goddess of fate measures out his life’s thread. Click on the image to discover more in the virtual tour.

Take your children and grandchildren on a trip to Drottningholm. Here, you can go on a lion safari, hunt for gold and discover plants.

Throughout the years Drottningholm Palace has changed and the royal personages who lived here have left their mark on the Palace's interi...

Drottningholm Palace Park is open all year round. Here, you can wander through historic stylistic ideals from the 17th century Baroque to...

“He took me to the side of the pleasure gardens, and I was surprised to find myself suddenly standing in front of a real fairy tale palac...

Drottningholm Palace Chapel was opened in 1730, and has been in continuous use ever since. The architect was Tessin, and the interior was...

The artist Evert Lundquist had his studio in the old machine house at the Chinese Pavilion. The studio is now a highly atmospheric museum...

Welcome to a boutique that is something out of the ordinary. The Royal Gift Shop is a unique present and souvenir shop offering products ...

Hedvig Eleonora – mother of the nation

Had Hedvig Eleonora been less strong in character, it is very likely that the history of Sweden would have been entirely different. Drott...

During the mid-18th century, Drottningholm Palace was at the centre of intensive efforts to cultivate silk in Sweden. In 1753, Queen Lovi...

Lovisa Ulrika had high ambitions. She had "more knowledge and insight into the sciences than a lady needs", and wanted to be an enlighten...